The Horus firmware is a program that allows you to control the stepper motors, laser modules and LDR analog sensors using G-code commands. It is compatible with Arduino based boards and the ZUM SCAN shield.

The firmware has been designed to control all physical elements of the Ciclop 3D scanner, a rotating scanner based on laser triangulation. The base of the code is the Grbl project, a program that enables CNC machines to be controlled. It has also been used in other projects such as Marlin, the firmware for 3D printers.

Arduino:
Open horus-fw.ino, select your board and upload.

HEX:
The binary horus-fw.hex can be flashed with Horus GUI.

You can communicate with the board via USB or Bluetooth. There are different open source applications for establishing the connection, such as the Arduino Serial Monitor or CuteCom10. If the latter is used, you will need to select the device, adjust the baud rate to 115200 and set the command ending to LF  or CR,  ‘\n’ or ‘\r\n’, respectively.

After starting the serial communication, this will be the first message that Horus sends:

After each command is received, the software will answer with ok when the processing of that command ends, either correctly or with an error  message. The communication flow is as follows: 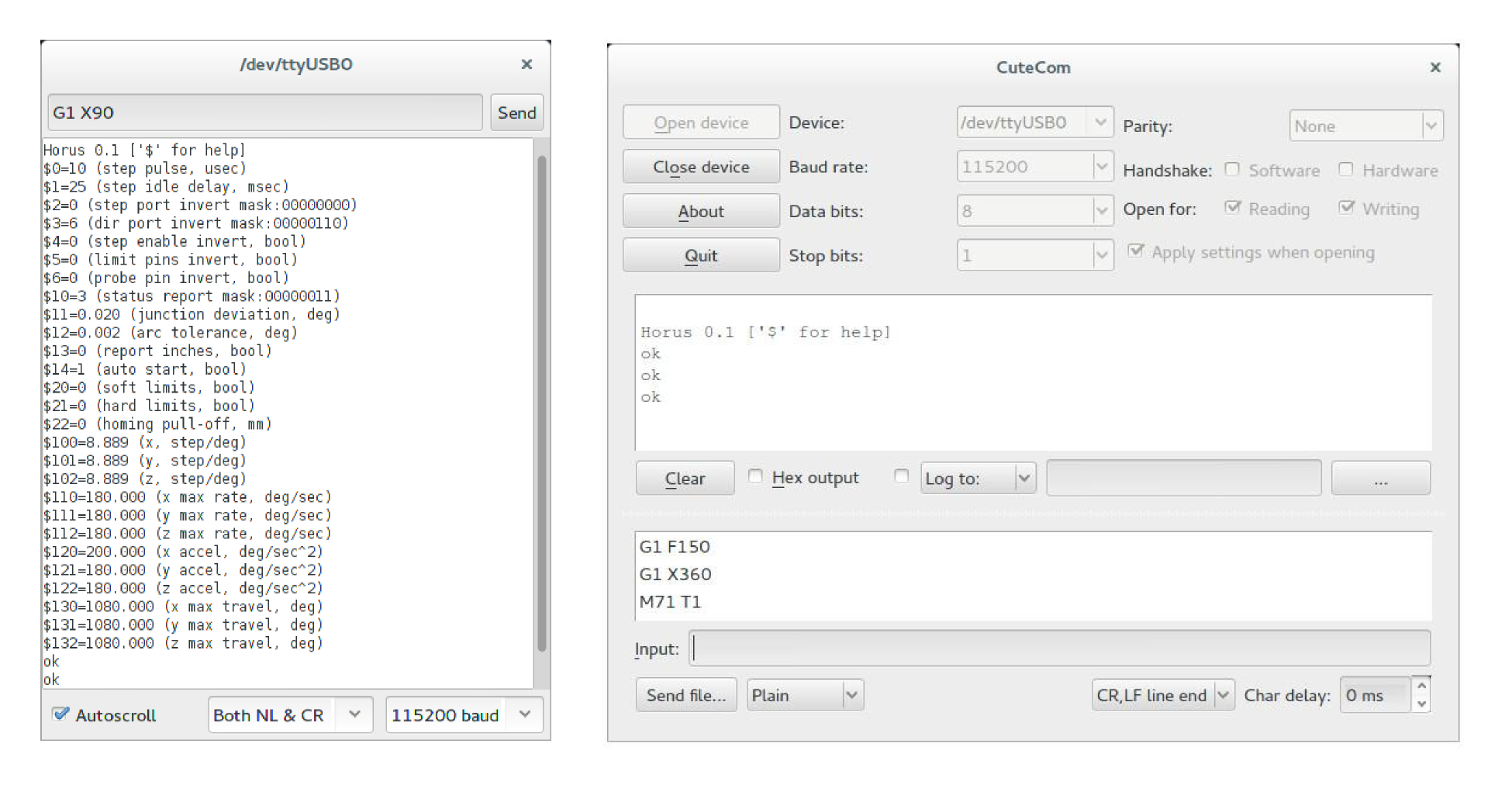 The Horus firmware, due to its Grbl heritage, provides a configuring and monitoring interface which uses $ commands, as well as control commands in real time. All supported commands are described in the Grbl wiki.

Yu can also view the help menu on the available configuration commands by sending $:

G-code is the most widely used programming language in numerical control devices (CNC). Milling machines, laser cutters and 3D printers use this de facto standard to communicate. Instructions are executed sequentially in this language. These are the G-code commands that have been integrated into Horus:

M0  Pauses the program. It may only be restarted through the Cycle start (~) command
M2  Stops the program and resets it

M50 Tv  Reads the LDR sensor connected to pin v. Returns an integer between 0 and 1023