OSFMount allows you to mount local disk image files (bit-for-bit copies of a disk partition) in Windows with a drive letter. By default, the image files are mounted as read only so that the original image files are not altered.

OSFMount also supports the creation of RAM disks, basically a disk mounted into RAM. This generally has a large speed benefit over using a hard disk. As such this is useful with applications requiring high speed disk access, such a database applications, games (such as game cache files) and browsers (cache files). A second benefit is security, as the disk contents are not stored on a physical hard disk (but rather in RAM) and on system shutdown the disk contents are not persistent. 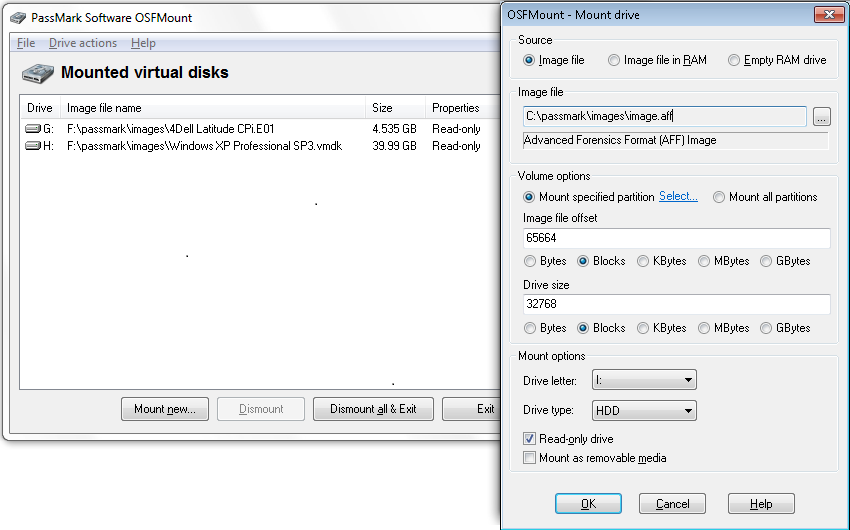 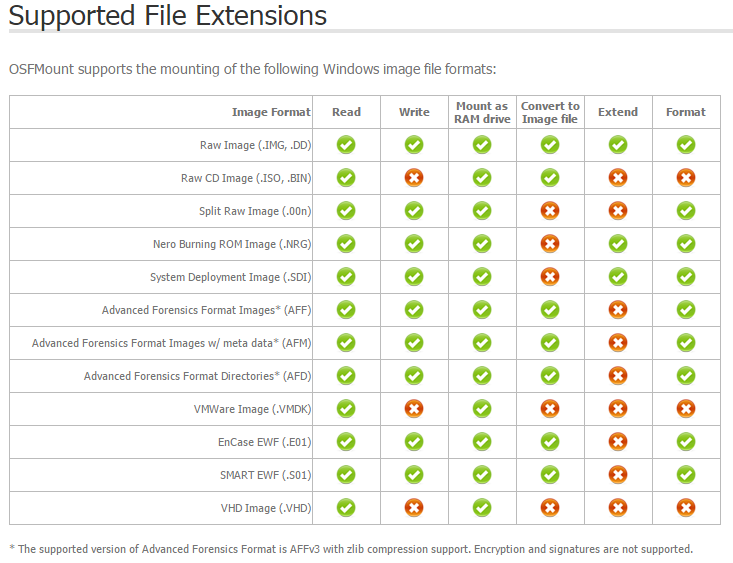