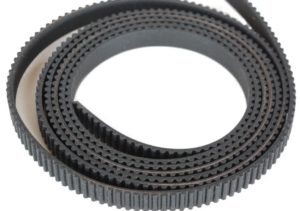 GT2 timing belts and compatible pulleys are popular choices for RepRaps and RepStraps — see Choosing Belts and Pulleys for alternatives.

The GT2 timing belt is a possible replacement for T2.5 and T5 timing belts that some believe may cause backlash. The GT2 series of belts are designed specifically for linear motion. They use a rounded tooth profile, with 2mm pitch, that guarantees that the belt tooth fits smoothly and accurately in the pulley groove, so when you reverse the pulley direction, there is no room for the belt to move in the groove.

How do I choose a pulley and a belt?

Generally speaking, for best performance you want at least 6 teeth in contact with the pulley at any given time. That minimizes the chance of the belt slipping, and helps reduce backlash even further. In practice that means you want a minimum of a 12 tooth pulley, and I usually try to get at least 18 teeth.

Beyond that minimum, fewer teeth are generally better than more teeth, since a smaller pulley gives both more torque and more resolution. You get more torque because the longer your “arm”, the less torque you have (Imagine the load is mounted on an arm the length of the radius of the pulley, the shorter that arm, the easier it is to lift the load), and you get higher resolution, since you have a fixed number of steps per revolution, and a smaller pulley moves a shorter linear distance per step.

I recommend GT2, 2mm pitch, but you can also use GT3 3mm pitch. A finer pitch is preferable for the type of movement we do, and the belts are cheaper, but if you find the 2mm belts or pulleys are out of stock, you can go to 3mm pitch without any significant downsides. If you do choose 3mm pitch pulleys, be sure to get 3mm pitch belts as well. 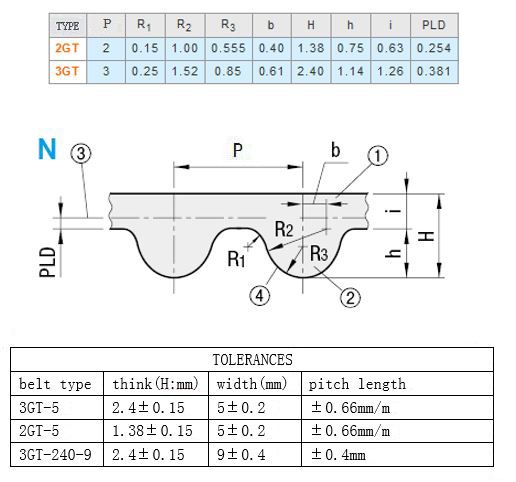 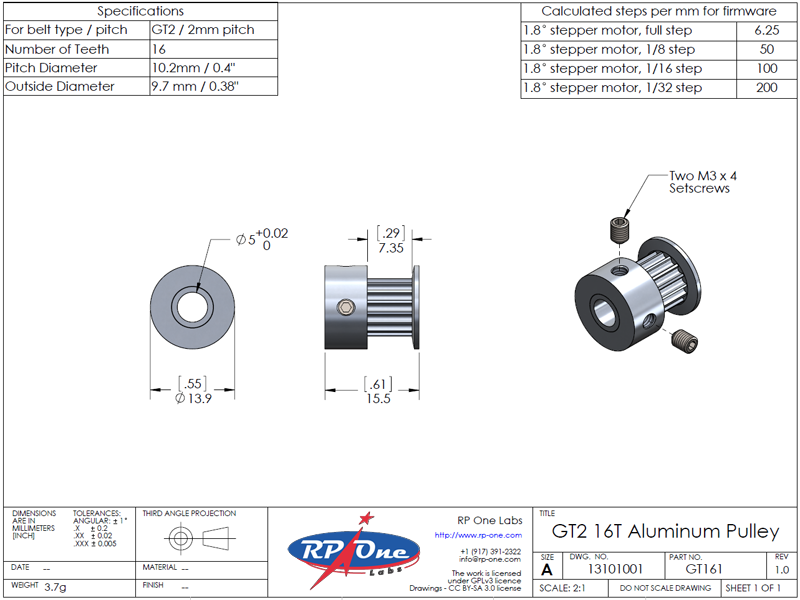 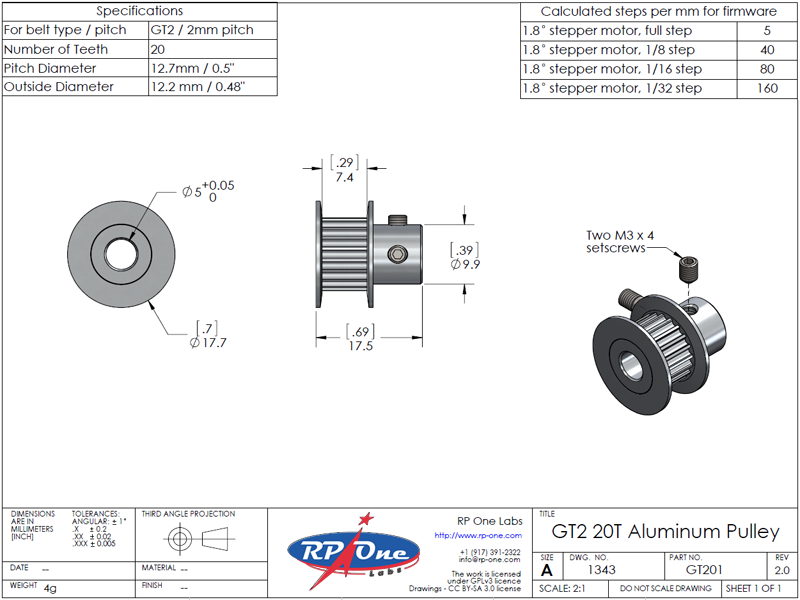 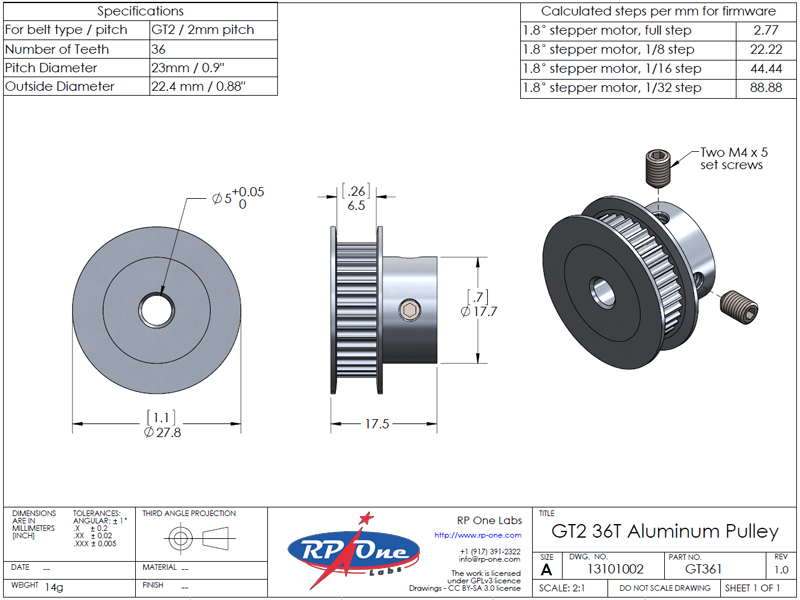 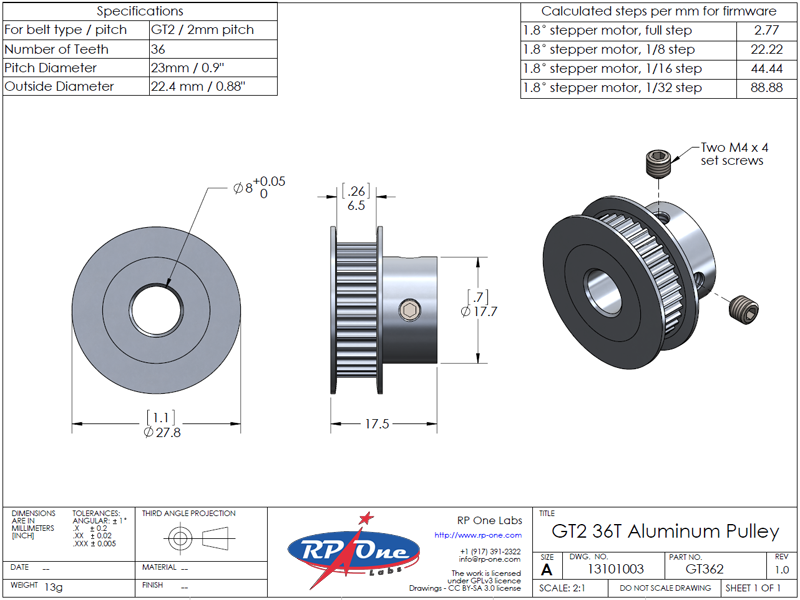