insight3d lets you create 3D models from photographs. You give it a series of photos of a real scene (e.g., of a building), it automatically matches them and then calculates positions in space from which each photo has been taken (plus camera’s optical parameters) along with a 3D pointcloud of the scene. You can then use insight3d’s modeling tools to create textured polygonal model.

It is free and opensource (GNU AGPL 3).

Source codes for a new 64-bit version of insight3d are located at: http://github.com/lukasmach/insight3d.

At this moment, we only provide an installer for an older 32-bit Windows version of insight3d (version 0.3.2). This version is unlikely to work on datasets containing large numbers of images. This is due to the fact that for calibration, the application needs to store all detected features from all images at the same time in memory. One way to mitigate this is to use a lower resolution images for calibration (this is done by a single click in the calibration settings, you don’t have to actually resize the photos). We are working hard towards a user-friendly release of a new version.

Be sure to read the tutorial!

Also note that some good people have forked insight3d and started the insight3dng project. You might want to check that out.

Disclaimer: This software is intended for educational purposes. Potential users in countries that allow software patents must first investigate whether or not this software package uses any algorithms patented in their respective countries and if so, refrain from using it.

But I need help: there are tons of different digital cameras and I’ve tested my app only on few of them. insight3d should be able to handle all typical cameras, but there’s some stuff in the optimization routines that has yet to be tweaked appropriately. Probably. It would be great if you could send me datasets you tried to feed into insight3d. Both the ones that worked and the ones that didn’t are imporant! If you want, download the app, read the tutorial (there’s important info on what photos should be used and where to eventually send them!), take some photos, have fun with it and please send it to me. Hope that it’ll work for you, but don’t hold your breath. 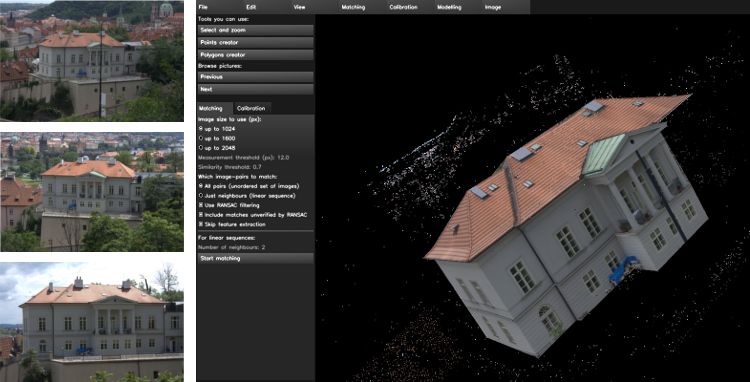 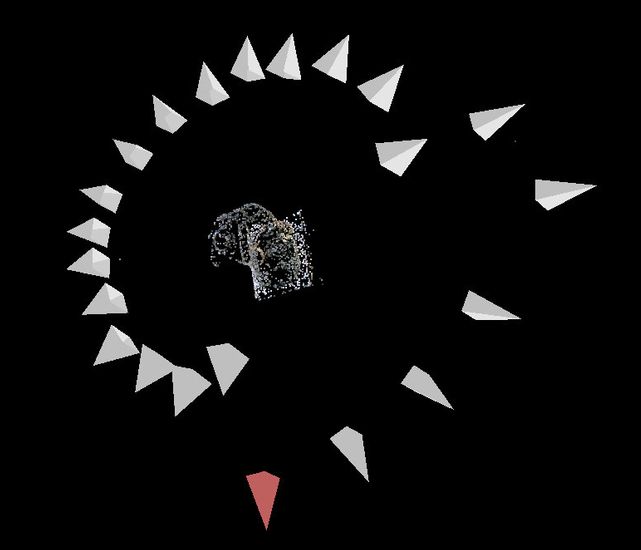