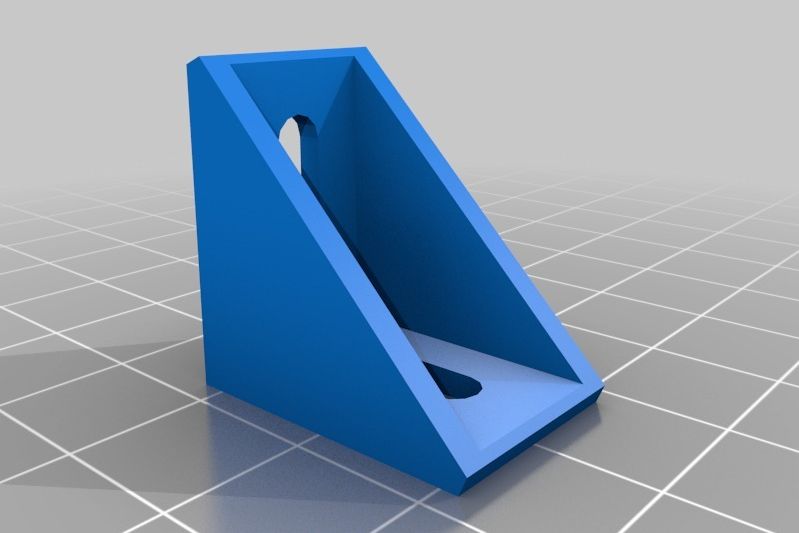 Thingiverse commentaar:
We have an old CD cabinet that has been sitting upside-down in the corner for… I think it’s been 10 years…. That can’t be right can it? The problem is one of the brackets that hold the “legs” on is broken and it doesn’t stand up. In an effort to prove to my family (and my self) that the RepRap that I’m spending weeks on building is actually useful, I thought that one of the first things that I would print would be this.

Update: Five years later, this simple little bracket is my most popular thing, so I decided that I might as well make a parametric version of this. I’ve uploaded an scad file that should make roughly the same thing, but also allow you to make other sized l-brackets using OpenSCAD or (hopefully) the customizer.