CraftWare is a FREE, fast, easy-to-use slicer software that converts your object into a .gcode toolpath format understood by 3D printers.

CraftWare primarily works as a slicer for solid 3D digital objects, but it is also an excellent tool for many other tasks. You can interactively manage your prints, thus reducing build time and finding the optimal build supports. CraftWare also utilizes the most impressive gcode visualizer on the market; this allows you to see each print layer-by-layer, from any angle, easily allowing you to detect any places that you may want to modify before printing. It is basically like seeing a finished print in front of you before you press the start button.

CraftWare utilizes dual channel communication for real time interaction between the software and the printer -just another great tweaking option. 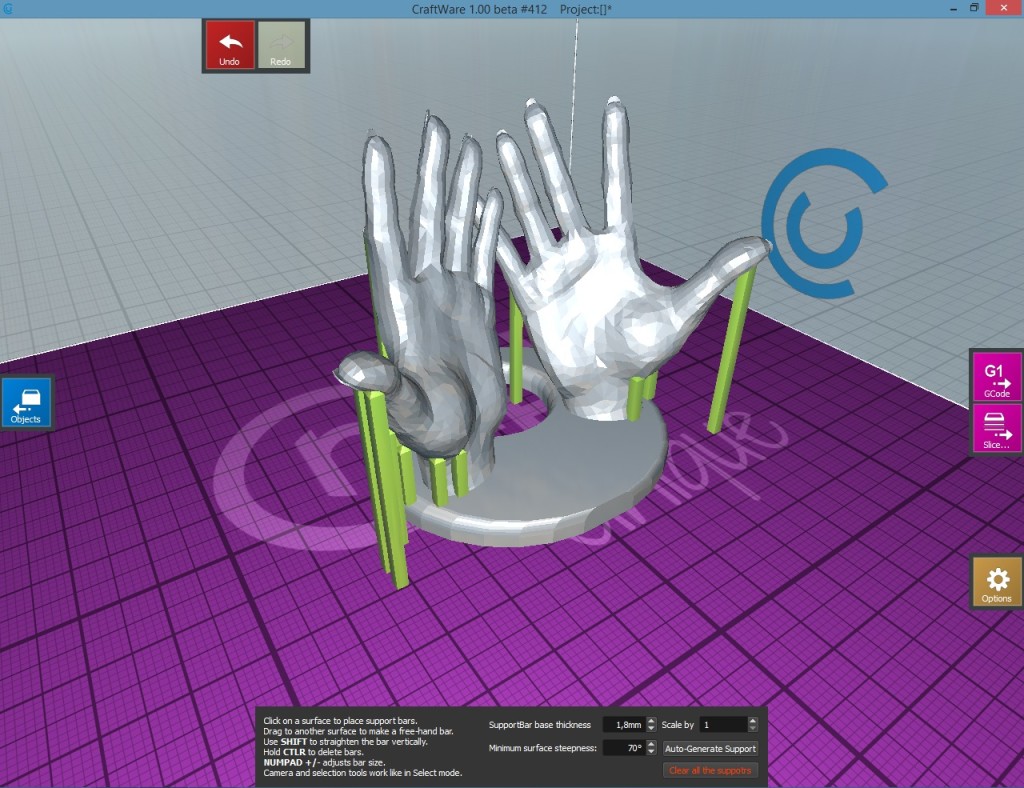