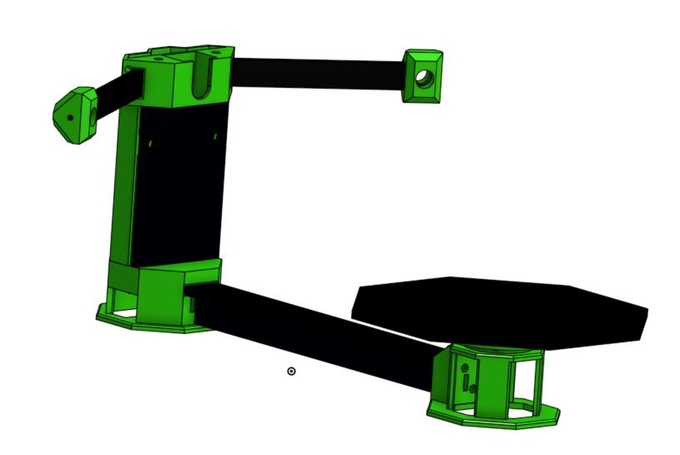 CowTech Ciclop, designed from the BQ Ciclop, but redesigned to use half the print time, 2/3 of the filament, and a tiny print bed area of only 115mm x 110mm x 65mm (4.5 x 4.3 x 2.6in) so the parts can be printed on nearly any printer. Funded on Kickstarter, raising $183,800 from 1400 backers. Kits now available for pre-order at www.cowtechengineering.com

You will need two each of the laser core, laser holder, and pattern holder.
PLA or ABS are both fine.

The announcement of the CowTech Ciclop will be heard by many attentive ears within the maker community. A handful of DIY 3D scanners already exist, several of which use a photogrammetry method of 3D image capture, but the promise of a high quality, open source 3D laser scanner at such a low price could tempt many a 3D printing enthusiast into the 3D scanning arena. The CowTech Ciclop has even been meticulously designed with compact 3D printers in mind, with each of its plastic parts able to be 3D printed on a print bed measuring only 115mm x 110mm x 65mm (4.5 x 4.3 x 2.6in).

Unlike a few other DIY scanners out there, the CowTech Ciclop is a laser scanner, a type of 3D scanner which uses two line lasers, a camera, and a rotating turntable to capture its 3D object. As the lines of the lasers hit the scanned object, they trace the object’s outline in red light. The camera captures the position of these laser lines at each stage of rotation, eventually building up a cloud of surface points which can be turned into a precise 3D image of the object.

The CowTech Ciclop takes its cues from the BQ Ciclop, another open source 3D laser scanner, but makes some crucial alterations to the BQ design. The CowTech model features a 0.5mm scan resolution, 2-8 minute scan time, and 200 x 200 x 205mm scan volume. It also uses an Arduino board, magnetic back cover, and “sleek laser cut acrylic” instead of threaded rod. Software is consistent between the old and new scanners, with the Ciclop adopting Horus, originally developed for the BQ. A nice aesthetic touch to the Ciclop is an internal LED which gives the 3D scanner a cool glow in darker environments. 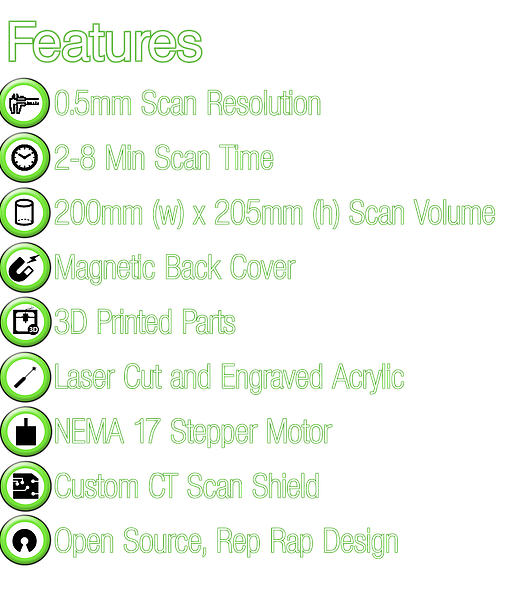