Equalizer APO is a parametric / graphic equalizer for Windows. It is implemented
as an Audio Processing Object (APO) for the system effect infrastructure
introduced with Windows Vista.

Requirements:
– Windows Vista or later (currently only Windows 7, 8, 8.1 and 10 have been tested)
– the application must not bypass the system effect infrastructure
(APIs like ASIO or WASAPI exclusive mode can not be used) 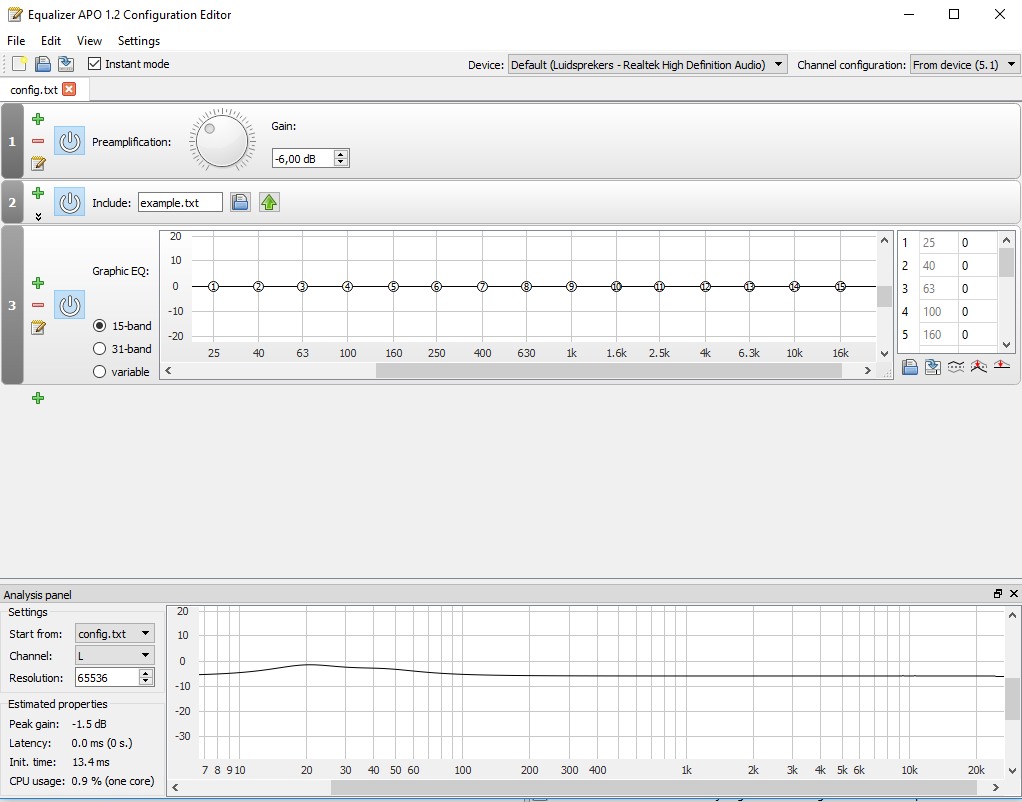