Flash Magic is a PC tool for programming flash based microcontrollers from NXP using a serial or Ethernet protocol while in the target hardware.

NXP Semiconductors produce a range of Microcontrollers that feature both on-chip Flash memory and the ability to be reprogrammed using In-System Programming technology.

Flash Magic is Windows software from the Embedded Systems Academy that allows easy access to all the ISP features provided by the devices. These features include

☞Erasing the Flash memory (individual blocks or the whole device)

☞Performing a blank check on a section of Flash memory

☞Reading and writing the security bits

Flash Magic provides a clear and simple user interface to these features. Under Windows, only one application may have access the COM Port at any one time, preventing other applications from using the COM Port.

Flash Magic only obtains access to the selected COM Port when ISP operations are being performed. This means that other applications that need to use the COM Port, such as debugging tools, may be used while Flash Magic is loaded. 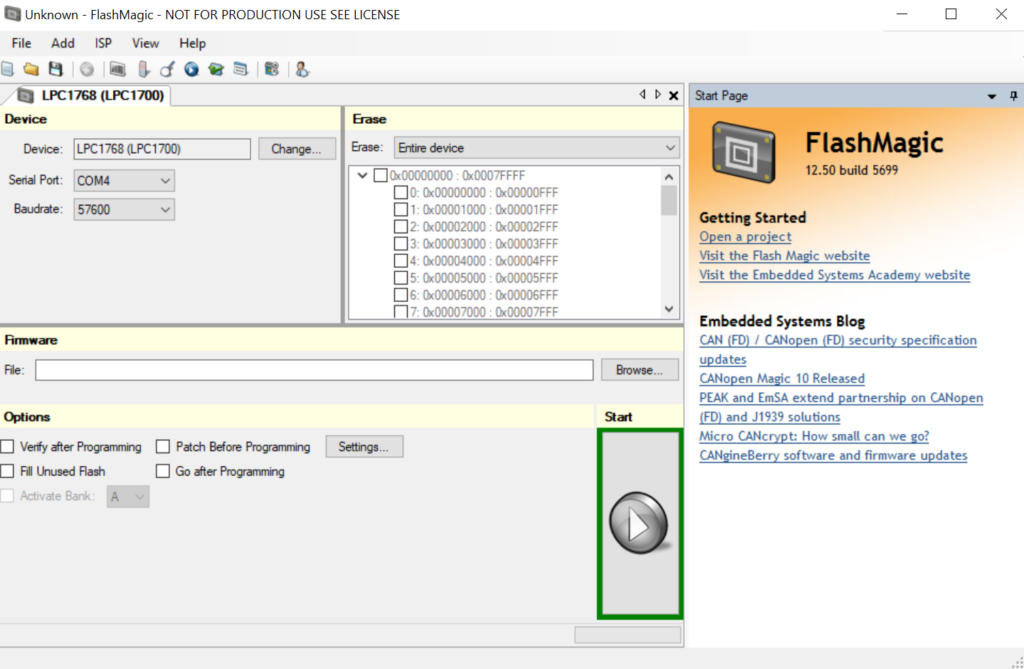 The tables below show the currently supported devices.