OpenELEC is an embedded operating system built specifically to run Kodi (formerly known as XBMC), the open source entertainment media hub. The idea behind OpenELEC is to allow people to use their Home Theatre PC (HTPC) like any other device you might have attached to your TV, like a DVD player or Sky box. Instead of having to manage a full operating system, configure it and install the packages required to turn it into a hybrid media center, OpenELEC is designed to be simple to install, manage and use, making it more like running a set-top box than a full-blown computer.

Since the Gotham builds of OpenELEC (version 4.x) and the Helix builds (version 5.x), the number of OpenELEC builds for specific hardware has been reduced. The Generic build (64 and 32bit) now supports Nvidia, AMD, and Intel based graphics. There are still specific builds forRaspberry Pi, imx6, and Wetek Play.

OpenELEC is ideal for smaller systems as the lightweight footprint means that your machine’s resources aren’t wasted on the operating system. Additionally, support for NVIDIA’s VDPAU, Intel’s VAAPI and upto OpenELEC version 4.2.1 for Broadcom’s Crystal HD chipmeans that high-definition content can be offloaded to supported graphics cards to allow low powered systems based on Intel’s Atom or AMDs Fusion processor to be effectively used as a media center base.

Unlike other XBMC/Kodi distributions, OpenELEC isn’t based on Ubuntu, Debian or Arch – in fact, it’s not based on any distribution. Instead, OpenELEC has been built from scratch specifically to act as a media center. This means it can be streamlined to certain hardware and only needs to include the packages absolutely required, making OpenELEC as streamlined as possible. In addition, OpenELEC is designed to be managed as an appliance – it can automatically update itself, is managed almost entirely from within XBMC/Kodi and boots in seconds. You never need to see a management console or have Linux knowledge to use it. 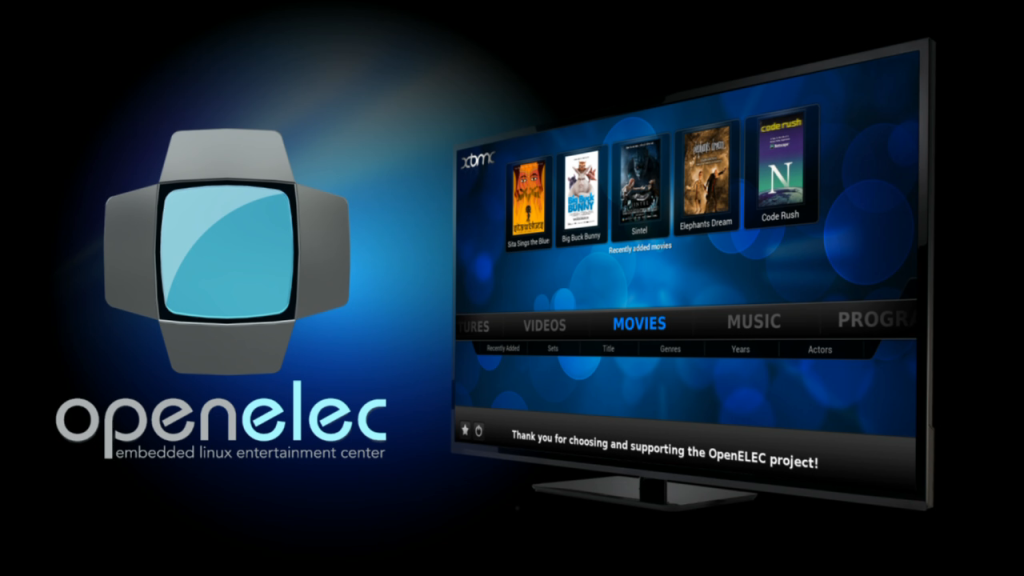